Clash Royale: 5 tips on the Hunter

Author and references
Our articles on Clash Royale Clash Royale: 5 tips on the Hunter Tips from the editorial staff to better get out and play the Hunter.

Public chat Clash Royale, the 5 tips are regular articles that will give you additional keys to better play the title of Supercell. They are focused on one unit and are recommended for beginners, but can be a source of inspiration for everyone. For this 7th number, nothing better than a unit that knows how to hurt when it is used well, the strong card of the moment, namely the Hunter. It should be noted that what is announced is valid in Tournament mode, less in ladder (except equivalence in the level of the cards). 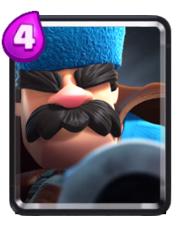 1. Le Hunter, although it is a remote unit, is better not by using it from afar, but from near. At first reading this may seem paradoxical but in reality nothing more logical. Indeed, when he fires, he sends 10 bullets at the same time and therefore, the further the target is, the less his shot will be concentrated. However, if the target is in front of him, he will take the majority, if not all of the balls (depending on its width). It is on this last point that the Hunter becomes interesting.

2. Le Hunter, for example, is excellent against Ball (if he stays upright and you put him down next to him), the Giant (if left alone) and the battle ram. Moreover, in this last case, our third point also concerns this card.

3. He is also strong against witch of the night for a very particular reason, of which we must be careful. When he fires, since his bullets travel a distance, they can hit after a unit is dead. For this reason, when she sends off her 2 Bats after his death, they die without being able to do anything. Taking this into account, you have to be careful when you want to lay down a card, if the Hunter is in charge.

4. The case of Hunter is interesting against multiple troops. Indeed, it is weak against the Gang de gobelins, being rolled, whether from near or far. However, against the horde of gargoyles, in defense, he can get rid of it (or almost) and take advantage of it with the elixir. Les guards are also a good defensive option.

5. If you are playing against someone or the Hunter is omnipresent for you, be aware that it has a weakness against certain characters possessing a charge, in particular the Prince, a card that has grown in popularity lately. Indeed, the latter will lose little life and almost kill him in one shot. The thief can also get away with it and take away an advantage from the elixir, since the first volley of bullets will miss it (due to the invincibility of its charge). 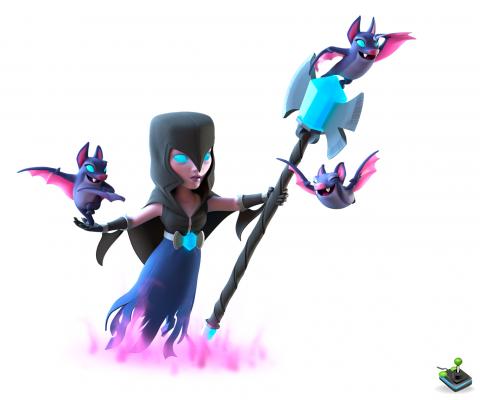 add a comment of Clash Royale: 5 tips on the Hunter