Author and references
Our articles on Clash Royale Clash Royale: Leak 4 new cards Russia seems to have found, once again, what awaits us in Clash Royale.

Public chat Clash Royale, Supercell had recently announced that they wanted to encrypt the cards, to avoid leaks. Only, this word already seems to be flouted. Indeed, 4 new cards seem to have been discovered, including one that corresponds, in part, to concept art. We would like to emphasize, moreover, that this must be taken with a grain of salt. 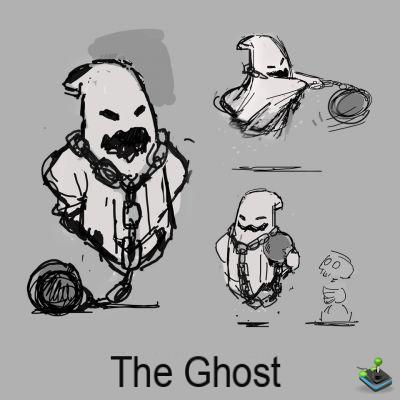 This leak comes fromOpegit Studio, based in Russia and which is not at its first attempt. Indeed, he had already leaked, for example, the mega knight, long before its official release. Here, the 4 new cards would be:

→ The Barbarian Barrel : It would cost 3 and could be sent all over the map, like the one at Goblins. However, it would only dispatch a single Barbarian and do damage when it hits the ground, since it travels a short distance before crashing.

→ The Sneaky Archers : We see the icon, but no gameplay.

→ The magic archer : It doesn't have an icon yet, but its model and gameplay is there. At the moment it appears to be a simple unit, resembling a Wizard, throwing arrows.

→ The ghost : It seems to be the new legendary. From what we see, it is a unit that orbits above the ground, attacking on the ground and in the air. He has the design of a King and when he dies, he revives and takes on the look of the concept art seen above. It doesn't seem to disappear from the screen, but it may not be implemented yet.

If this were to become reality, it is very likely that one of these cards would be available in 2 months, at least (the Skeleton Barrel not yet released). Finally, we leave you with a gameplay video:

Clash Royale: All About the Bombardier Common Card

Clash Royale Download PC, can we play it on computer?

Clash Royale: All About the Baby Dragon Epic Map