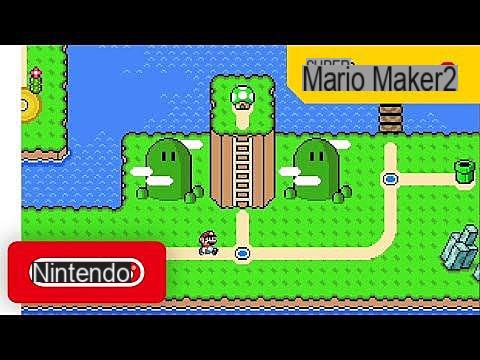 World Maker lets you string together a handful of courses on a Super Mario World-style map, then string together up to eight. Essentially, you're creating your own 2D Mario game here.

You'll choose from a number of classic background styles, like snow, cave, and volcano. Moreover, you can organize the courses however you want – straight path to the goal, bonus stages hidden on the map or close to anything you can dream of.

And you can create in many other ways now. Super Mario Maker 2's final big update introduces over a dozen new items. These are limited to certain styles and include:

As if that weren't enough, the update introduces all seven Koopalings, each with different behaviors and skills. However, they are not compatible with the 3D World style. They are accompanied by the enemy Mechakoopa, in the normal form of shooting and laser shooting; they also fly in nocturnal stages. Like Koopalings, Mechakoopas are not compatible with 3D world scenes.

It's one hell of a final update, though we're a bit disappointed that there isn't a final style to fill that enticing void alongside Super Mario 3D World. Still, between that, The Legend of Zelda update and SMM2 being pretty good on its own, there's a lot to dig into here.

Stay tuned to GameSkinny for more Super Mario Maker 2 news as it develops.