Dead by Daylight : L'univers de Ringu will arrive in 2022 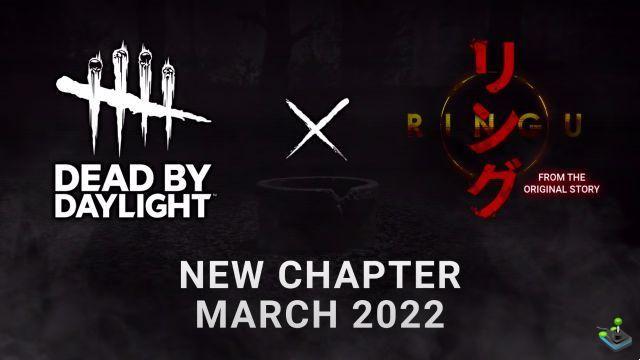 Dead by Daylight just welcomed a new chapter while making itself available on the Epic Games Store. This will not slow down the progress of asymmetrical multiplayer which will host, in the first quarter of 2022, a known and frightening horror universe, Ringu.

Originally a novel, written by Kōji Suzuki, the story was adapted into a first film in 1998 and the universe is also known in France as The Ring or the Circle. Much loved by slasher fans, The Ring is one of the genre's most popular franchises. As for Ringu content in DbD, we don't yet know exactly what will happen, but the developers are promising new gameplay options.
The importance of the Ringu franchise in Japan and its influence on culture across the world is undeniable. To have the opportunity to dive into this legendary story by integrating this creation into Dead by Daylight is a huge honor. This new chapter will give our players something deeply dark and unsettling, a truly harrowing experience that adds to the already high intensity of our game.

- Mathieu Cote, director of the game Dead by Daylight. As a reminder, the story features people viewing an intriguing video, which promises death to anyone who watches it after seven days. If you want to get to know this universe before it arrives in Dead by Daylight, scheduled for March 2022, know that the original film, directed by Japanese Hideo Nakata, is available on Prime Video, at the time of writing.

add a comment of Dead by Daylight : L'univers de Ringu will arrive in 2022