Destiny 2 supported until 2022, Destiny 3 will wait

Author and references
FPS enthusiasts have recently been able to discover the new extension, called Beyond Light, which will land on September 22 on all platforms, bringing a plethora of new features, whether in terms of exploration, a new power, Stasis, or even a new raid. In short, players will be delighted to discover all this additional content, but Bungie has also made another important revelation about the future of the title: two major extensions are already planned.

At the rate of one per year, the expansions "The Witches Quenn" and "Lightfall" in the original version will be released in 2021 and 2022 respectively, which postpones any release of a potential Destiny 3 in the next three years. The studio had also indicated that the title was not a priority for the moment, the teams being fully focused on Destiny 2, something proven by the announcement of these two extensions. 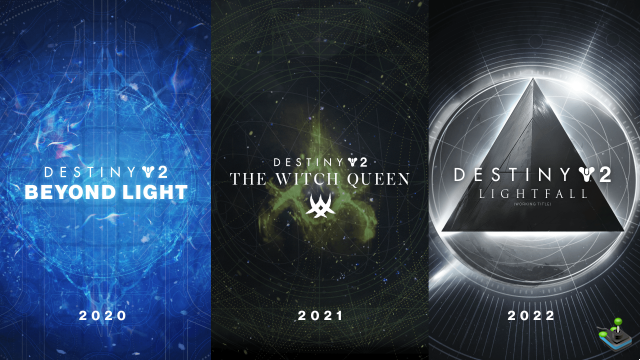 Going back to the next few months of Destiny 2, with all these additions, we learn that the studio wants to implement cyclical content, that is to say, which will evolve over time in order to highlight certain things that players may have forgotten, or quite simply to allow new users to discover them. For example, several things from Destiny first of the name will arrive in the second opus at the end of the year, like the Cosmodrome.

The ideal time therefore to discover the FPS which is, as a reminder, available in free-to-play on PC, PS4 and Xbox One.
Rocket League: Formula 1 is back, with a 2022 Fan Pass ❯

add a comment of Destiny 2 supported until 2022, Destiny 3 will wait