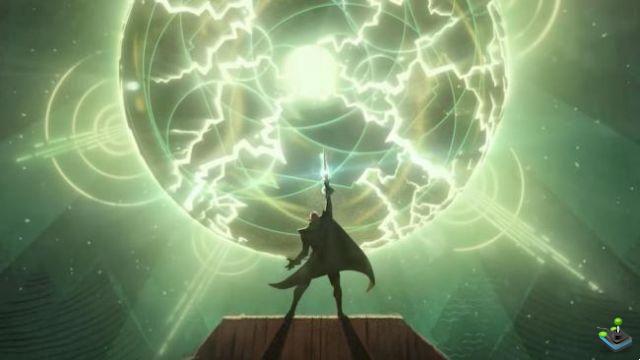 Formerly known as Dragon Age 4, Dragon Age: Dread Wolf is currently at the heart of gaming news as BioWare recently released a short video, which turns out to be an in-game cutscene.

On the occasion of Dragon Age Day 2022, BioWare shared an in-game cinematic from Dragon Age: Dreadwolf. This new visual communication presents the history of solas, also known as "Fen'Harel, the Dread Wolf" and featured in Dragon Age: Inquisition. The whole being told by the dwarf Varric Tethras.

Thus, we learn that Alone it will be, certainly, the antagonist of Dragon Age: Dreadwolf because the latter seeks to tear the veil “separating our world from the magic of Fade”, previously put in place, and therefore to destroy the world. Moreover, at the end of this video, we can hear the following mention: "[...] and we are the only ones who can stop it [...]". This thus suggests that Varric Tethras will be present on Dragon Age: Dreadwolf, because he would be one of those who can, and therefore must, prevent Solas from carrying out his plan.


Remember that Dragon Age: Dreadwolf does not yet have a release date or even a release window. BioWare announced in October 2022 that the title had completed its alpha phase. Therefore, a release in 2023 cannot be ruled out, but nothing is certain at the moment.
Fortnite Shop May 23, 2022 ❯