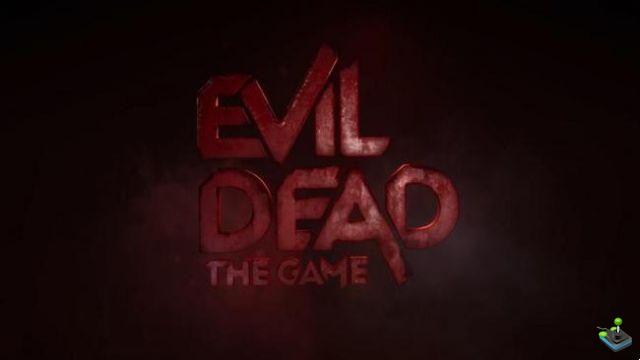 It is unfortunately not uncommon to see this year several studios announce date postponements for some of their games, and Evil Dead: The Game is no exception to the rule. On social networks, Saber Interactive announced the news, specifying that he wanted his team of developers to take a little more time to polish the horror title. If Evil Dead: The Game was originally planned for this year, according to the studio, it should be released in February 2022..
We've chosen a new release date to give the team some extra time to polish the game and make sure it's the ultimate Evil Dead experience you've all been waiting for. This extra time also allows us to implement a single-player option that will allow you to enjoy the game when you are without your co-op compadres. At first glance, this postponement may seem like bad news, but Saber Interactive took the opportunity to also announce a single-player option, which will allow players to advance in the title without having to play cooperatively with other people.


This additional time is also allowing us to implement a single-player option that will let you enjoy the game when you are without your co-op compadres.

— EvilDeadTheGame (@EvilDeadTheGame) August 5, 2021 Evil Dead: The Game will be, as its name suggests, a horror game taken from the famous saga of Sam Raimi's films. Players will find the main characters, but also a complete arsenal of weapons, and will therefore have to exterminate an impressive number of zombies. Iconic elements from the films will be present, such as the famous hut present in the 1983 one.

As a reminder, Evil Dead: The Game will therefore be released in February 2022 on PC, PlayStation 4, PlayStation 5, Xbox One, Xbox Series X / S and Nintendo Switch.
Fortnite Shop July 31, 2022 ❯

add a comment of Evil Dead: The Game announces single-player option and delays release to 2022