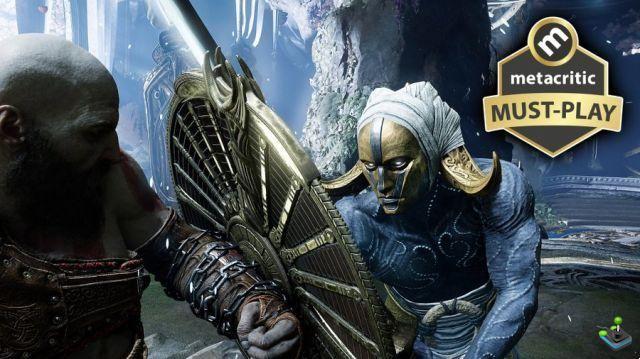 You are probably aware that yesterday, Thursday November 3, French-speaking and international editorial staff published their test of God of War Ragnarok, due to arrive in just a few days on PlayStation consoles.

Moreover, at the time of this writing, God of War Ragnarök is the second highest rated game of this year 2022. Indeed, the title of Santa Monica Studio obtained a Metacritic score of 94 out of 100. This figure is based on 117 reviews, to date. Recall that the first place is occupied by the latest game from FromSoftware, Elden Ring, which boasts a 96/100. Xenoblade Chronicles 3 is, meanwhile, in fifth place with 89.


With the first 112 critic reviews lodged, God of War: Ragnarok has a Metascore of 94 (Universal Acclaim): https://t.co/IM3ezfMHZw
“For every moment of brutality, there is one of genuine and relatable emotion...There were multiple that left me with tears welling up.” - GameSpot pic.twitter.com/K6Ys3ardOq

— metacritic (@metacritic) November 3, 2022 Suffice to say that God of War Ragnarök greatly pleased the majority of editors. On this subject, know that, if you want to get an opinion before getting this second God of War opus, our impressions of the game are available in our columns.


Remember, finally, that God of War Ragnarök arrives on November 9 on PS4 and PS5, and this according to several editions. Santa Monica Studio has shared information regarding the graphics modes to be found on the title.
Fortnite Shop November 18, 2022 ❯