Horizon: Forbidden West: Its release could be postponed to 2022 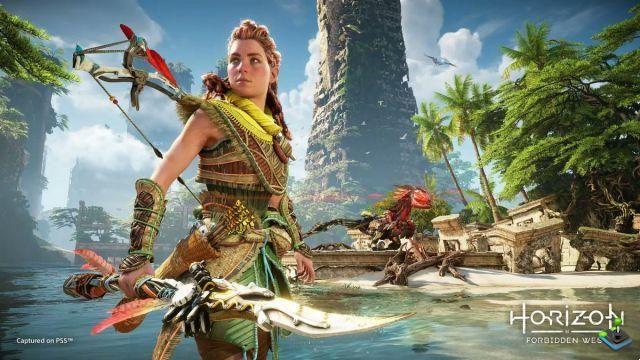 Si Horizon: Forbidden West entered its final phase of development last June, it seems, according to some rumors, that its release date will be postponed, for a release then scheduled for 2022. This information is only a rumor for the moment, and it comes from journalist Jeff Grubb.

He said on his latest show, the replay of which is only available to premium subscribers, that rumors from the hallway indeed suggest thatHorizon: Forbidden West should no longer appear for the end of 2021, but for the year 2022. However, he wanted to qualify his comments on the Reddit forum, declaring that it was not something certain, the developers and Sony has not yet acted on the decision.

Otherwise, the Guerrilla Games studio has never hidden the difficulties he may have encountered due to the COVID-19 pandemic, in particular with the capture of movements involving several actors who need real places that can accommodate physical persons.

Anyway, we'll have to wait for any announcement from the studio, but at this time, Horizon: Forbidden West is still scheduled for the end of 2021. Note that a State of Play seems scheduled for this month of September. So we might know more at that time.
Boutique Fortnite 26 avril 2022 ❯

add a comment of Horizon: Forbidden West: Its release could be postponed to 2022