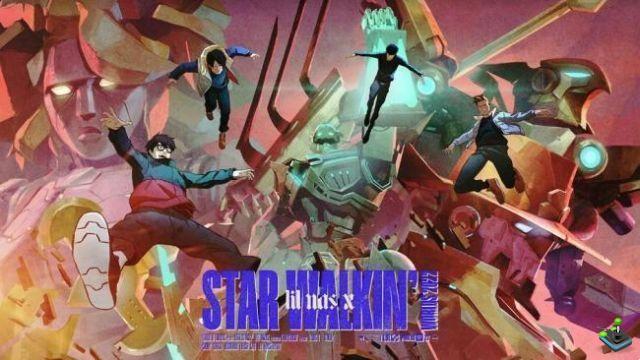 After an announcement on September 15 of the collaboration between artist Lil Nas X and Riot Games, the studio in charge of League of Legends, here is finally the full version of the song. In addition to the full song, we also find the clip associated with it. We can see the traditional integration of players expected for the World Cup as well as the establishment of some game champions in urban settings.

Here it is about the city of San Francisco where the final stages of the competition will take place. This year, the bias to represent the champions is that of gigantism. Huge mechas bearing the image of four characters from the game: Azir, Rell, Thresh and Twisted Fate engage in a titanic confrontation with their respective players on their shoulders.


Among the players, we can count: Chovy, Generation Gaming midlaner; Humanoid, mid laner of Fnatic; Meiko, Edward Gaming support and finally, a player who is not in the competition, but to whom the clip pays tribute: CoreJJ, Team Liquid support.

It should also be noted that the collaboration between Lil Nas X and Riot Games does not stop at the World Cup anthem since the artist was also involved in the design of a skin which will be available when the next in-game character named K'Sante is released.

The fact that the interaction between an artist and Riot goes so far is a first in the history of the game, which could augur a new trend for the future of the franchise at a time when the American studio releases more and more beaten paths.
Boutique Fortnite 11 avril 2022 ❯

add a comment of League of Legends: The 2022 World Cup anthem, Star Walkin, unveils its clip