Outriders announces New Horizons, a major update, and DLC for 2022 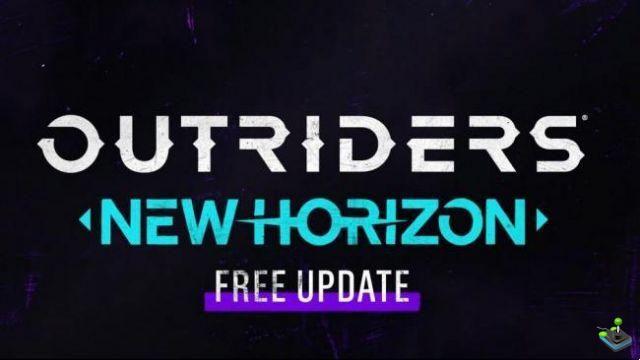 The developers had given us an appointment this November 15, in the evening, to find out a little more about the future of Outriders, seven months after its release on PC and consoles. As expected, a major update, the real content premiere, will arrive with a plethora of new features.

On the program of this update, which will be available from November 16, a few hours after the announcement, no less than four new expeditions, each with a little story, linked to the main campaign. The other very good news for players (at least for some) is removal of the chronometer in expedition. Thus, completing the mission, regardless of the time taken, will allow you to walk away with the reward. However, it is possible to activate it to add a small challenge.

Also in terms of novelties, we can mention transmogrification. This is a system that allows you to transform the visual aspect of an object into another, while keeping the mods and statistics of the object.

Also, a multitude of improvements will be made with the update and several balancing on weapon appearances, classes and skills will be made. This update has been in development for several months and the developers are proud to finally be able to offer it to their community. What's more, Square Enix adds that this update is the perfect time to start or return to Outriders. All of this content is, of course, free.

An overview of these new features is available in the video below. The developers took the opportunity to announce that an expansion will be available in the spring of 2022, around the first anniversary of the game, which is called world layer.


As a reminder, Outriders is available on PC, PS4, PS5, Xbox One and Xbox Series. If you still do not have it, our partner Instant Gaming offers it to you at a lower cost on:

add a comment of Outriders announces New Horizons, a major update, and DLC for 2022