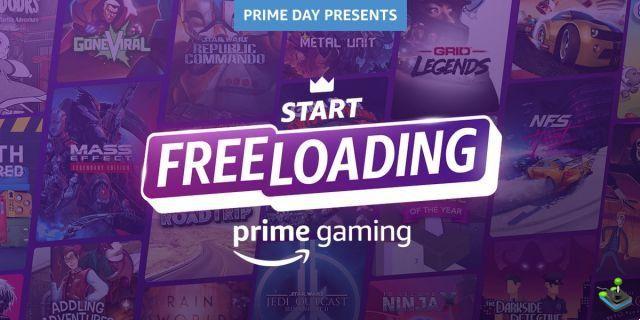 Update of 12/07: As expected, several dozen games, including some major ones, are offered as part of Prime Day. Among the best known, we find:

To get these games, all you have to do is go to the Prime Gaming site, go to the free games section, and collect them, while logging in. Note that games on Origin will give you a code to enter directly into the launcher. You have until July 13 at 23:59 p.m. to add them to your library.

If you are ever interested in this offer, but do not yet have an Amazon Prime subscription, know that Amazon offers to test the subscription for free for a period of 30 days. Every month, subscribers to Amazon Prime, a service offered by Amazon, can retrieve a few games for free via Prime Gaming, in addition to obtaining loot on some of the major games, such as Lost Ark, Apex Legends or VALORANT, not to mention quote them. From time to time, special offers take place, thanks to which the community to obtain much more productions.

In July, on the occasion of Prime Day 2022, more than thirty games will be offered, between July 12 and 13. Although the entire list has not yet been revealed, several titles are already known. We find, for example, the Mass Effect collection (Mass Effect, Mass Effect 2, and Mass Effect 3 and DLC), Need for Speed ​​Heat, the last of the series, Star Wars Jedi Knight I and II or GRID Legends. This date should not be missed, since it will allow many people to fill their library at a lower cost.

Amazon also specifies that between June 21 and July 13, 25 indie games can be picked up on Prime Gaming, among which we find:
Some have already been offered, but if you missed them, now will be the perfect time to get them. Don't forget these important dates, to get around fifty games for free, thanks to Prime Gaming.

If the offer interests you, but you are not subscribed to the program Prime gaming, know that it is a free service through Amazon Prime, therefore allowing you to obtain all the bonuses of the latter. What's more, know that Amazon offers to test the subscription for free for a period of 30 days.
Cémantix 291: Clues and solution, what is the word of December 18, 2022? ❯