PS Plus Extra & Premium: All games for the month of July 2022 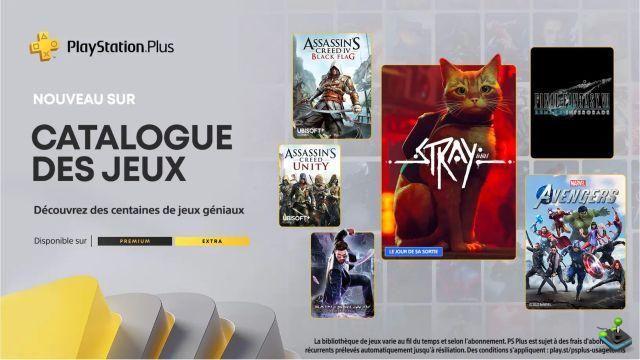 PlayStation recently proposed and launched the new formula for PlayStation Plus: the service now has three subscriptions, with various advantages. All players who have opted for the PS Plus Extra or Premium subscription have, in particular, access to a catalog of games, which is renewed every month.

On this subject, PlayStation has just announced the titles that will enter the PS Plus Extra & Premium catalog, for this month of July.

From the July 19, all PS Plus Extra and PS Plus Premium members will be able to access new games PS4 and PS5. Here is the official list, notably revealed on the PlayStation Blog site:

In addition, those with an active subscription to PS Plus Premium will have access to two new titles, called "classic", namely:


Your catalog of PlayStation Plus games for the month of July will include:

arriving for Extra and Premium members alongside many others on July 19: https://t.co/5aslkPxQpK pic.twitter.com/L7VvMttaBd


– PlayStation France (@PlayStationFR) July 13, 2022 Finally, remember that the games offered PS Plus for this month of July were announced several days ago. We told you about it in a dedicated article.
Rocket League Store December 13, 2022 ❯

add a comment of PS Plus Extra & Premium: All games for the month of July 2022