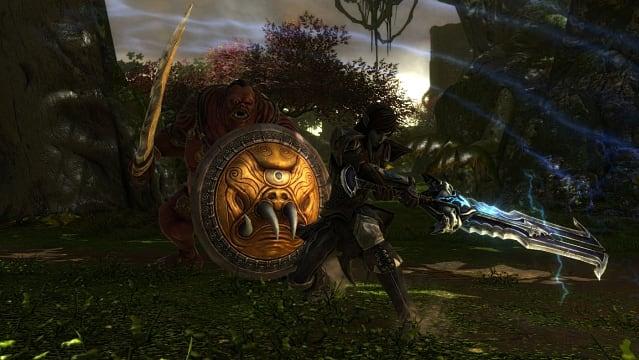 THQ Nordic has revived old franchises across the board, and you might recall that last year saw the release of action-RPG Kingdoms of Amalur: Re-Reckoning. A remaster of Kingdoms of Amalur: Reckoning in 2012, we thought it still held up brilliantly, giving it a 9/10, for "fantastic, fast-paced combat" and an "engrossing story about the challenge of fate", so it It's pretty nice to see it's coming to Nintendo Switch now.

Announced today via a press release, Kingdoms of Amalur: Re-Reckoning is set to launch on March 16, and THQ Nordic said of the release "from the mind of bestselling author RA Salvatore, the Spawn creator Todd McFarlane and Elder Scrolls IV. :Ken Rolston, lead designer of Oblivion“:

Discover the secrets of Amalur, from the bustling city of Rathir to the vast region of Dalentarth to the grim dungeons of the caverns of Brigand Hall. Save a world torn apart by a vicious war and control the keys to immortality as the first warrior to rise from the clutches of death.

Re-Reckoning has hundreds of hours of content, including all three previous DLCs - Teeth of Naros, Legend of Dead Kel, and Weapons and Armor. A new expansion called Fatesworn is also planned for later this year.

Re-Reckoning has never been released in portable form until now, which makes it quite a tempting proposition. We'll keep you posted as more news comes in on the Switch release of Kingdoms of Amalur and its upcoming expansion.

add a comment of Reckoning confirmed for Nintendo Switch