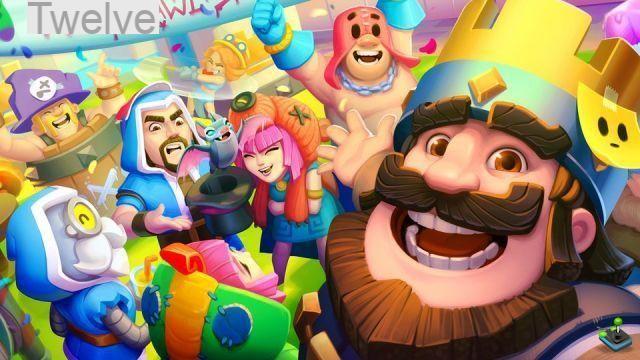 It is thanks to the cards that you will win your fights and that you will increase your level on Clash Royale. Today there are more than a hundred cards in the game. In other words, that's a lot! That's why you need to build the deck that suits you the most with the most powerful cards.

We're going to give you some tips on how to best build your deck using the most effective cards. These are the most used by players and we advise you to have them in your decks.

What cards are the most important to have in your deck?

The Zap is one of the most used cards because it allows annihilate troops with low hit points like Skeleton armies, Goblins or other cards. the Zap also slows down troops since it has a stun duration of 0,5 seconds. It therefore allows you to reset charged attacks to 0, such as those of the hell dragon or Zappy.

La Fireball is a very powerful card because it allows you to defeat troops that are stacked. So when the opponent plays a combo of several cards, the Fireball can annihilate them or bring them down alive. In addition, the Fireball can allow you to complete a king's tower thanks to its high damage.

This is one of the attack cards the most played by the pros. She is both to Apply, agile, and puts heavy damage to the opponent. Its weak point lies in its low HP. It must therefore be accompanied by another card for it to be very effective, like the Sorcer or Bexecutioner.

The Royal Giant is a card much criticized by players because it does not require a lot of skill to play. However, it remains very effective for put a lot of damage to the opponent. Unlike the Hog Rider, the Royal Giant has lots of hit points and is hardly defensible accompanied by a combo like a Witch.

It is a very powerful card and, again, difficult to defend. the Mega Knight can gain momentum and jump on any other ground troop. He is then almost invincible. Additionally, he puts out area damage, which makes him even harder to defend against. An effective way to eliminate it is to use a Hell Tower.

It is always important tohave a building in your deck. That's why we recommend the Tower of Hell. It is very effective because it does continuous damage increasing every second. In addition, it has a very long range which allows it to hit its target from very far away. It is a good defense against cards of the type G, royal giant ou Mega Knight.

3 in number, these skeletons will not scare your opponent. But be careful, they will play a very important role in organizing your deck. They will allow rotate your cards since they only cost one elixir. Moreover, these skeletons can allow cards to be hijacked such as Pdance or the Voleuse when they charge.

Audio Video The best Clash Royale cards, which are the most OP?
The best multiplayer games on Nintendo Switch ❯

add a comment of The best Clash Royale cards, which are the most OP?