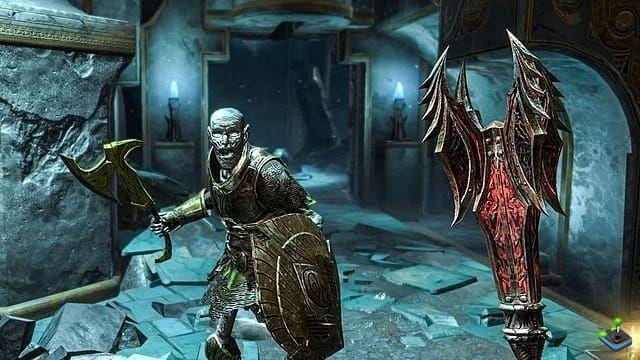 The Elder Scrolls: Blades has left Early Access and hit the Nintendo eShop as a free download. The news comes straight from Bethesda.

For those not flipped, The Elder Scrolls: Blades is a free-to-play spin-off to The Elder Scroll RPG series and sees players build and upgrade a city by undertaking an assortment of quests and tackling roguelike dungeons. . You can see the launch trailer below to get a better idea of ​​the game mechanics:

The launch of the Nintendo Switch version also coincides with the release of the game's latest 1.7 update. According to Bethesda, the additions include:

Mobile players can pick up where they left off on the Nintendo Switch with cross-progression between the two versions. All players need to do is simply link their Bethesda.net account on both platforms.

For new players, the Nintendo Switch version also offers a Quick Start Edition, which offers players 30000 gold, 2000 gems, building materials, the exclusive Sylvan Fountain decoration, and rare gear that once belonged to the king of blood falls. All of this is bundled into one package for $14,99.

You can download The Elder Scrolls: Blades from the Nintendo eShop now or download the update on mobile devices.