Author and references
The Xbox Game Pass catalog regularly, and more precisely every month, welcomes new titles. Incidentally, Microsoft recently revealed the games that will integrate the Game Pass, in this month of October 2022. In addition, the firm also indicated the titles that will leave the catalog, in the next weeks.

In October, players with an active Game Pass subscription will be able to discover and browse new games on consoles (Xbox Series, Xbox One) and on PC. Without further ado, discover the complete list of titles that will soon be included in the catalog. Note that each time, we indicate the platforms concerned and the date of arrival of the said game. 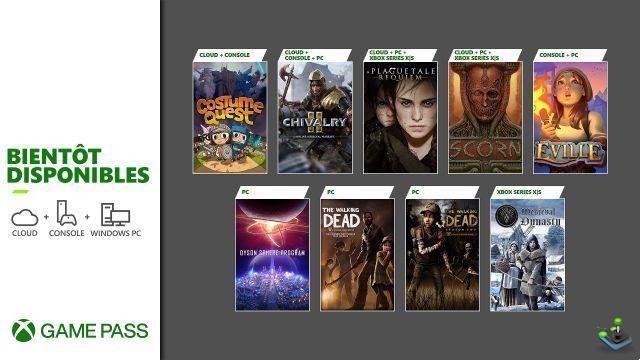 Several titles will leave the Xbox Game Pass catalog this October, starting on the 15th to be more precise. Here is the complete list of games that will no longer be available via Game Pass, from this date:
Other titles will leave the service on October 31:
The article will be updated if Microsoft announces other movements for this month of October, concerning the catalogue du Game Pass.
Fortnite Shop July 13, 2022 ❯

add a comment of Xbox Game Pass: New features and games coming out in October 2022