Clash Royale does not have random Chest cycles, quite the contrary. Obtaining these is particular and concerns only a part of them, as you can read in our guide. Here we are going to discuss how Chest cycles work so that they no longer hold any secrets for you. Beforehand, we remind you that apart from those of quests, cycles do not continue if your chest slots are all occupied.

The normal cycle of 240 chests

After the wooden chests at the start of the game, this cycle starts from obtaining the first silver chest. It contains 180 silver, 52 gold, 4 Giants and 4 Magic. Free, Crown, Purchased, and Quest Chests are independent of this one. As for the distribution, here it is in image: 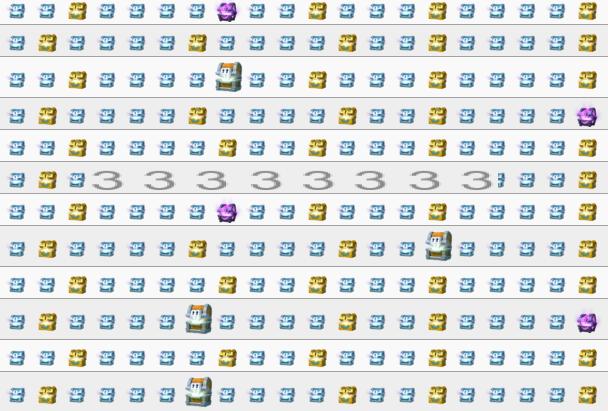 The special round of 500 chests

He starts from 400 trophies, i.e. from access to thearena 2. Adding to the normal cycle, you will be able to obtain, at any time, a chest of better quality, which can only appear every 500 chests. The latter will replace one of the normal cycle chests. To give you an example of this arena, if you haven't had in 499 chests a Super Magic Chest, the 500th will be one.

There are two other subtleties in this cycle. Indeed, from 1.100 Trophies (Arena 4), for an Epic Chest will be added and 2.000 Trophies (Arena 10), it's a Legendary Chest. Therefore, from arena 7, you will have these three chests that will appear every 500 chests.

Some tools can let you know your own current Chest cycle. The most common is the site StatsRoyale. To do this, you simply need to bring your tag (available by pressing your nickname in the game's main menu) and you will be able to see where you are in your cycle.

Since the October 2017 update, there has been a cycle specific to quest chests. You have a "normal" cycle of 12 chests: 5 Gold, 2 Giant, 2 Magic, 1 Super Magic and 1 Legendary. Here, in image, an idea of ​​what this cycle can give:

As it was written on Reddit, another component has been added to the release of the December 2017 update. There is a special cycle which means that every 3 cycles (i.e. 36 chests), three Lightning Chests et 2 Legendary King's Chests will randomly fit into these 36 chests. Unlike the special 500 cycle, they do not replace a Cycle Chest. For example, if in the first image cycle, you touch your Gold Chest and a Lightning Chest appears, your next one will be the Magic Chest.