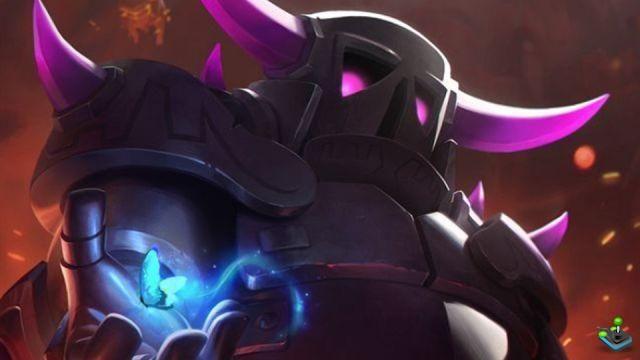 PEKKA Clash Royale 2022 Deck The PEKKA is a very important card in Clash Royale. We will explain how to play it by detailing you and explaining our deck.

The PEKKA is one of the cards precursors of the game. It has been there since the start of the game and is still played as always. This card costs 7 elixirs, so you need small cards on the side so that your deck is not too expensive and therefore unusable.

The deck that we are going to recommend consists of a PEKKA, the thief, for an Kind of lightning, for an Electro Dragon, for an Barbarian Barrel, for an battle ram, for an Sarbacane goblin and Gang de gobelins.

What cards for the PEKKA deck on Clash Royale?

This deck is a good balance between attack and defense. You have an effective attack with the battle ram and Fto pray which can also serve as a defense when you are in danger. It only costs 4,1 elixir, so it's a cheap deck.

To start the fight, you can launch your Thief in the background of the map. Then, use your Battle Ram to begin your offensive. If your opponent throw a difficult offensive, play your defense cards such as the Goblin Gang with a Blowpipe Goblin as backup. If it's still complicated, throw your Electro-dragon to slow down the troops. If your opponent play a pig rider or a card of the same style, just roll your PEKKA which will do great damage and which will serve as your counterattack with the thief.

A good offense is to throw your PEKKA with an Electro-Dragon in case your opponent plays a Hell Tower. The flaw in your deck is that there is no building. If the opponent plays a golem, it cannot be hijacked. You will therefore need train with it to be able to defend yourself in all circumstances and against all decks.