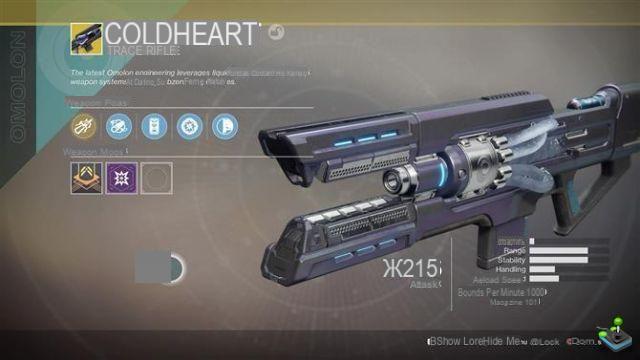 Destiny 2 has plenty of Exotic weapons to choose from, but with all of these options, it can be a little difficult to figure out exactly what you want to track down and add to your arsenal. Some of these weapons are hidden behind long quests, so you don't want to waste all that time just to earn a lemon. In this article, we're going to go over some of the best Exotic weapons in Destiny 2, and how to get them.

The Trinity Ghoul is an exotic bow that you can get from any exotic engram source in the game. It becomes an amazing option when you get the catalyst, which will cause chains of arc damage to travel to the enemies when you kill someone with arc energy. The Catalyst will also greatly increase arc draw speed and charge speed. Once the catalyst is up and running, this weapon becomes one of the best bows in the game.

The Outbreak Perfected is an Exotic pulse rifle that you can obtain by completing the corresponding Exotic quest. Quick hits and precision attacks with this weapon will generate swarms of SIVA Nanites that will stalk and damage enemies. He can also take advantage of Season Mods that will apply the ability to interrupt Unstoppable Champions to all Pulse Rifles, making him even stronger this Season.

The Anarchy Exotic Grenade Launcher can create chains of arcing energy that will melt anything that moves through them, making it a highly sought after Exotic weapon. You can get Anarchy through the Scourge of the Past raid.

The ace of spades

Exotic hand cannons come and go, but the Ace of Spades is forever. One of the best hand cannons in the game, it can do substantial damage to enemies thanks to the Memonto Mori perk, which will give you a magazine full of more powerful bullets if you reload after getting kills. To get it, you will need to complete the Cayde's Testament quest.

While many people struggle to master the Bad Juju, this Exotic Pulse Rifle is definitely worth the effort. Locked behind an exotic quest on Calus' Leviathan, it will endlessly feed you super energy on kills, increase weapon damage, and refill the magazine, as long as you keep killing enemies with it. Once again, he can also take advantage of seasonal armor mods that allow him to interrupt unstoppable enemies.

Izanagi's Burden is still one of the main damage dealers in the game, as it can load all ammo in a single hit, dealing massive damage in a very tight window. To get it, you will have to undertake a long quest, but it is always worth it.

Whisper of the Worm

Another fantastic exotic sniper rifle, the Whisper of the Worm, can be obtained by completing a special quest on Io. This one is a tough journey for all new players, and a full Fireteam is absolutely recommended.

The Witherhoard is the Season of Arrivals Exotic you can get with the Battle Pass. It's a superb Exotic grenade launcher, dealing impact damage, damage over time, and area of ​​effect damage to targets. If he has balanced out a bit since the start of the season, he remains an absolute monster.

Eriana's Vow is one of Destiny 2's most interesting weapon, being an exotic hand cannon that plays like a fusion rifle. It's a superb weapon, and you can currently only get it by using the Exotic Cipher you get with your Battle Pass at Rahoul in the Tower. It's really something you should grab if you don't have it.

You can only get the Divinity Exotic Trace Rifle in the Garden of Salvation raid, but it's definitely worth it. This will not only damage enemies, but also make all other sources of damage to that enemy stronger, making it a fantastic weapon for late game activity.