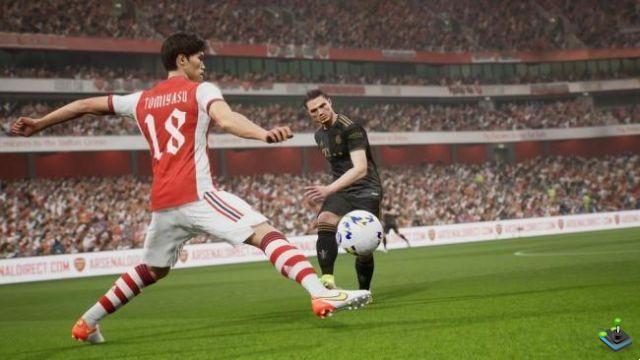 Decidedly, Konami is living a nightmare with eFootball, its new platform to replace PES. After a catastrophic launch and the postponement of its first patch, which is available on November 5, more than a month after its arrival on PC, PlayStation and Xbox, the Japanese studio is announcing more bad news.

The content update, expected by the whole community since it should allow the arrival of more solid content, with new modes and especially other teams, will not happen anytime soon. Konami has just announced that version 1.0.0 of eFootball will not arrive on November 11, as planned, but later, much later, in the spring of 2022, which will leave eFootball players with very long months without real content. A new setback therefore for the license which was intended to offer a new experience. The mobile version is also delayed until this period.

The studio obviously apologizes for this delay, and adds that all “Premium Player Pack” pre-orders are canceled and will be refunded automatically. Konami ends its statement by explaining that "we are working as hard as possible to deliver an experience that our players expect and deserve by spring 2022."


An important update from the development team.

— eFootball (@play_eFootball) November 5, 2021 eFootball remains available on PC, PS4, PS5, Xbox One and Series.
The Game Awards 2022: When and how to watch the event live? ❯