How many campaign missions are there in Halo 3: ODST? 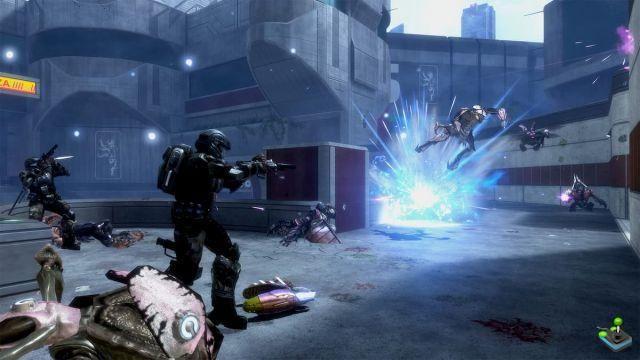 You can play Halo 3: ODST on PC through Halo: The Master Chief Collection. It's a unique game in the franchise that doesn't focus on Master Chief. Instead, it points the camera towards traditional warfare grunts that don't have heavily upgraded armor or are genetically engineered to handle almost any situation. While it may not focus on Master Chief, many fans say it's one of the best-written games in the franchise. That's probably because it stars Adam Baldwin, Alan Tudyk, and Nathan Fillion, three of Firefly's main stars.

Even though Halo 3: ODST is a good time, it's not a long story. How many campaign missions are there in the game? If you include the game's epilogue, there are 11 missions in Halo 3: ODST.

It's a reasonably short campaign. You can expect to complete it in a few hours, but it's always possible to run it again with a few friends on a higher difficulty, adding more skulls to increase your chances and give you a higher score. You can play with your friends on Steam or Microsoft's Xbox app.

Audio Video How many campaign missions are there in Halo 3: ODST?
How many people can play Mario Party Superstars? Full player limit ❯

add a comment of How many campaign missions are there in Halo 3: ODST?