PS Plus Extra & Premium: All games for the month of August 2022 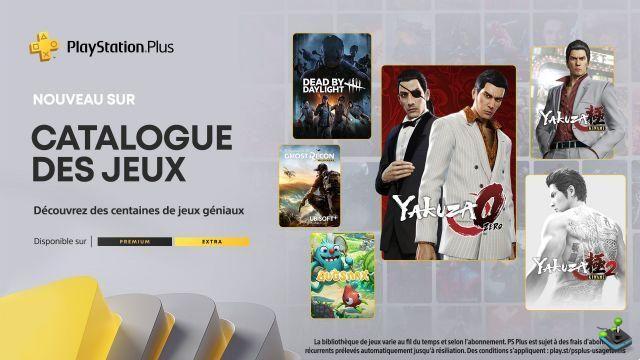 Several weeks ago, PlayStation launched the new formula for PlayStation Plus: the service now has three subscriptions, with various advantages. All players who have opted for the PS Plus Extra or Premium subscription have, in particular, access to a catalog of games, which is renewed every month.

On this subject, PlayStation has just announced the titles that will enter the PS Plus Extra & Premium catalog, for this month ofAugust.

From August 16, all players with an active subscription to PS Plus Extra or Premium will be able to discover new PS4 and PS5 games. Some have a multiplayer dimension, while others can only be played solo. As expected, several opuses from the Yakuza license will arrive in the catalog. But without further ado, check out the full list, which was notably revealed in a recent PlayStation Blog post:


PlayStation Plus Games Catalog for August include:


— PlayStation (@PlayStation) August 10, 2022 As a reminder, in July 2022, the PS Plus Extra & Premium catalog welcomed: Stray, Marvel's Avengers, Final Fantasy VII Intergrade and several Assassin's Creed titles, among others.
State of Play June 2022: When and how to watch the conference live? ❯

add a comment of PS Plus Extra & Premium: All games for the month of August 2022