After a leak last weekend on the Clash Royale site, it's now official. These modifications are now effective, but the Magic Archer, a new legendary card, will not be available directly... 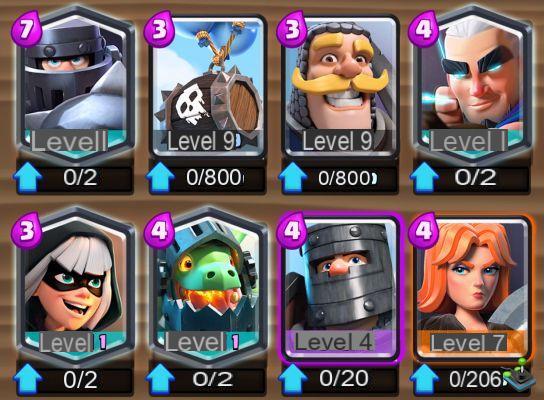 Mega Knight: 25% spawn and jump damage; decreased deployment radius (deployment will not inflict damage beyond the bridge and river).
A nerve that took a long time to arrive, but that we felt was coming for a long time. He is very good on the counter-attack, but where the mega knight is most effective, it is on the defense in reaction or at the level of the bridge, vis-a-vis troops like the three musketeers, battle ram and Pig Rider. The fact that the spawn and jump damage has been increased from 480 to 360 is significant, added to a narrower radius. On the other hand, it does not change anything on a Musketeer which is at 100% health: in Tournaments mode, it will always be dead on generation + one hit.

Skeleton Barrel: number of skeletons 8 → 6.
A logical nerf to a card that's used in a lot of decks today. Therefore, not defending it will be less punitive, even if its potential in a Log/Zap Bait deck will still be present.

Knight: - 6% hit points.
Another logical nerf to a card that is a default choice if one needs a mini-tank in their deck.

Inferno Dragon: slower target change.
A nerf that can be annoying, but that doesn't take away from its quintessential anti-tank ability. On a spell or a well-placed troop, it's a nerf that remains anecdotal, like that of the gobelin hut in the previous balance.

Valkyrie : typing speed 1.5 sec. → 1.4 sec.
A nice little up that will benefit the lower arenas, but shouldn't impact the high level.

Thief: minimum load range 4 → 3.5.
Another slight up that should benefit him to take less damage and be more mobile.

Dark Prince: typing speed 1.4 sec. → 1.3 sec. ; hit points +5%.
This is the 5th straight up for a card that is still struggling to find a lasting and continued place in the meta of Clash Royale. This up means that at Tournament level (4), he passes the bar of 1.000 life points (without the shield), which is a significant milestone. It wouldn't be surprising to see decks with the latter again, like the Giant Double Prince.

Magic Archer: soon in the arena...

Clash Royale: All About the Bombardier Common Card

Clash Royale Download PC, can we play it on computer?

Clash Royale: All About the Baby Dragon Epic Map

add a comment of Clash Royale: Update and Balancing February 12, 2018