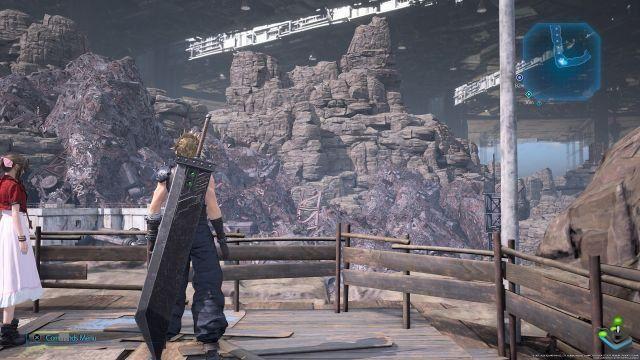 After the mission to Sector 5 Reactor in Chapter 7 of Final Fantasy VII Remake, Cloud will fall into the Church which allows him to meet Aerith properly for the first time finally. Once there, you will have to face Shinra and Reno guards from the Turks as they attempt to kidnap Aerith.

Here you will experience one of the game's new boss battles in Reno, which poses a pretty good threat and requires patience to beat as it will dodge most of your attacks. After the fight, however, Cloud and Aerith retreat to the back of the church, and that's where you'll find the church is surrounded by the black-hooded ghosts, who beckon you into the building. However, on the ground floor, you will be able to see a path that contains yellow materia, waiting to be picked up. You also see him again in the cutscenes as Aerith evades Reno's capture.

However, if you try to walk down the hallway, the ghosts will block your path, leaving it inaccessible and meaning you'll walk right past it.

Fear not, though, because that's not where you're supposed to be able to pick this up. As you progress through the chapter, the path to the church will be continually blocked, so you can't pick it up.

However, once you complete the Rescue the Children mission, which will unlock side quests to do around the slums, and unlock the Moogle Medal Shop, the path to the slums will be accessible again at the church, you Allowing you to go ahead and pick up the yellow materia from the church. The materia is Chakra, the same one Tifa has when you unlock her, allowing you to heal a certain amount of damage you've taken.